For a long time, aesthetic treatments were seen as something just for women. But those days are long gone. Nowadays, men are as interested in their appearance as they are in their health, using the latest treatment methods, from cosmetic products to surgery, to delay any unwelcome signs of ageing. But for men, it’s less about beauty and more about vitality.
Wrinkle treatmentsEyelid liftsFaceliftsLiposuctionGynaecomastia

It’s an interesting fact that the ageing process differs between men and women, meaning there is also a difference in the areas that cause concern. Even if the treatments themselves are similar, other criteria must be taken into account in order to achieve a gender-specific result for men. That sounds obvious, but it is something many doctors overlook.

The reason for this is that many aesthetic treatments were originally designed for women. Treating men in the same way often results in a subtle but undesirable feminisation. With levels of the male hormone testosterone decreasing in men from the age of 30, a certain feminisation of facial features and body shape occurs naturally over time. So it’s crucial to avoid reinforcing this by using treatment methods and techniques originally aimed at women. Professional expertise, experience and sensitivity are required.

Male skin is thicker, more elastic and – thanks to facial hair roots – also better supplied with blood than female skin. It retains its elasticity for longer during the ageing process, meaning that fine wrinkles or drooping skin occur less often or later in men. It is therefore extremely important to treat the face in a gender-specific way. The most problematic areas of the male face include pigment spots, annoying red or blue veins, and redness of the skin. These can all be easily remedied using modern laser treatments.

Some men experience a loss of volume in the hollows of the cheeks at a fairly young age due to less definition in the facial bones or a reduction in the amount of fat in the cheeks. The result is a gaunt and tired appearance. Using filler treatments or injections of autologous fat (taken from the patient’s own body), this situation can be improved, preventing further volume loss or deep wrinkles around the nose and mouth.

Pronounced frown lines are also typical for men. These lie like deep furrows between the eyebrows and make the person affected look rather angry and grim. Botulinum toxin injections are extremely effective in these cases. These weaken the strong muscle contracture caused by facial expressions and smooth out the wrinkles. A brow lift may be indicated if the eyebrows are very low and heavy. However, care is needed here because, in contrast to women, a certain heaviness in the brow region is an important feature in the overall attractiveness of the male face.

Hanging or drooping upper eyelids give the impression of constant fatigue and can be very unwanted. The field of vision may also be restricted if the eyelids cover the pupil. Studies also show that fatigue in people with drooping eyelids is not only an external impression. Heaviness in the eyelids suggests genuine fatigue to the brain via feedback mechanisms, meaning you actually feel more tired than you are.

The same is true for the lower eyelids, where drooping is referred to as eye bags (see images on right). Eye bags consist of fatty tissue and are not caused by water retention. The fat deposit sits in front of the eye socket and bulges forward if the supporting membrane is too weak. Bags under the eyes are considered particularly unsightly as they make a person appear unwell, puffy-eyed or older than their years. Drooping eyelids are generally associated with the ageing process but also frequently appear in young people who are genetically predisposed to them. Surgical removal of excess skin (upper lid) or fat deposits (lower lid) restores a fresh and dynamic appearance.

A defined jawline is considered a masculine feature. Even younger men with less well-developed bone structure can benefit from improvements to the jawline using filler treatments. In middle age, the chin line can become soft as the skin loses elasticity or as fat accumulates under the chin. Even a small amount of liposuction can often help to restore the contours of the chin and jaw region.

Sometimes, however, there is too much surplus skin, so a neck lift or facelift would be the ideal solution. There are different options, which must be adapted to suit the individual. A facelift using modern surgical techniques, often in combination with autologous fat injections, creates an amazingly rejuvenated, fresher-looking result without the appearance of having had obvious surgery.

The days of facelifts in which only the skin is stretched are long gone. Nowadays, the main focus is on restoring the volume of the face. Due to men having thicker skin, as described earlier, male patients often recover faster, and the result is longer-lasting than in women. The surgeon must take a careful, male-specific approach to facelifts in particular. A “standard” facelift can easily lead to feminisation of the facial expression.

Men may have localised deposits of fat, but these accumulate in different places to women due to hormonal factors. Men can find they have love handles at the waist or fat on the lower abdomen. Liposuction is very effective for treating such localised fat deposits, creating a more athletic and youthful look.

However, it should be noted that liposuction is not a general weight loss procedure. And it’s also not suitable for a beer belly. This is caused by deeper fat accumulation between the organs that can’t be removed using liposuction. Since male skin is more elastic, men usually need skin lifting procedures less frequently, if at all, and then only later in life compared to women. The exception is patients who need a total body lift after extreme weight loss.

Many men have what is normally bilateral and only rarely unilateral enlargement of the male breast. A distinction is made between true gynecomastia and what is known as lipomastia. In true gynecomastia, there is growth of the glandular tissue in the breast. In lipomastia , there is excess fatty tissue, but no increase in glandular tissue. Mixed forms are also possible and are common. Gynaecomastia normally develops during puberty and is caused by enlargement of the breast tissue that is also present in men. A hormonal imbalance can also be the cause of gynaecomastia. In most cases, however, the exact cause cannot be clearly determined. Lipomastia can also result from being overweight. The breast grows as the underlying fatty tissue around the nipple and breast muscle increases. In most cases, lipomastia can be positively influenced through exercise, strength training and dietary changes.

As a man, if you notice that your breasts are growing, you should make an appointment to see a specialist (internal medicine or plastic surgery). You will be asked about medication and whether you have liver disease. The consultation may include examination of the breasts and testes and blood samples may be taken to determine hormone status and liver function. An ultrasound and mammogram may also be required for the diagnosis.

In gynecomastia, the breasts can be surgically reduced by means of a mastectomy and the appearance of the chest can be optimised. Depending on the cause, surgical correction involves removal of the breast tissue or reduction of the fat layer. In severe cases, a skin lift can be performed. The result is usually permanent. The mammary glands only rarely become enlarged again. The procedure is usually performed on an outpatient basis under regional or general anaesthetic. Wearing a compression garment is recommended for about four weeks. You may also be off work for up to four weeks, depending on your job. Light physical activities can be resumed relatively quickly, within a few days. Sport can normally be restarted after four weeks. 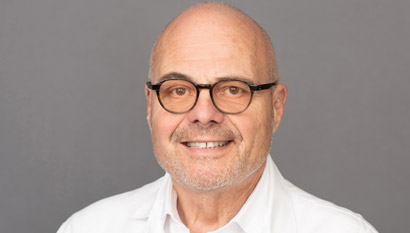 Founder and head physician of Clinic Pyramide, owner of the Centre for Plastic Surgery, board member of the Swiss Medical Network Group (SMN) 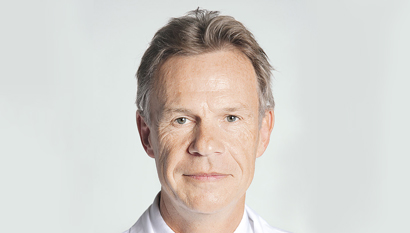 Senior physician and member of the Centre for Plastic Surgery